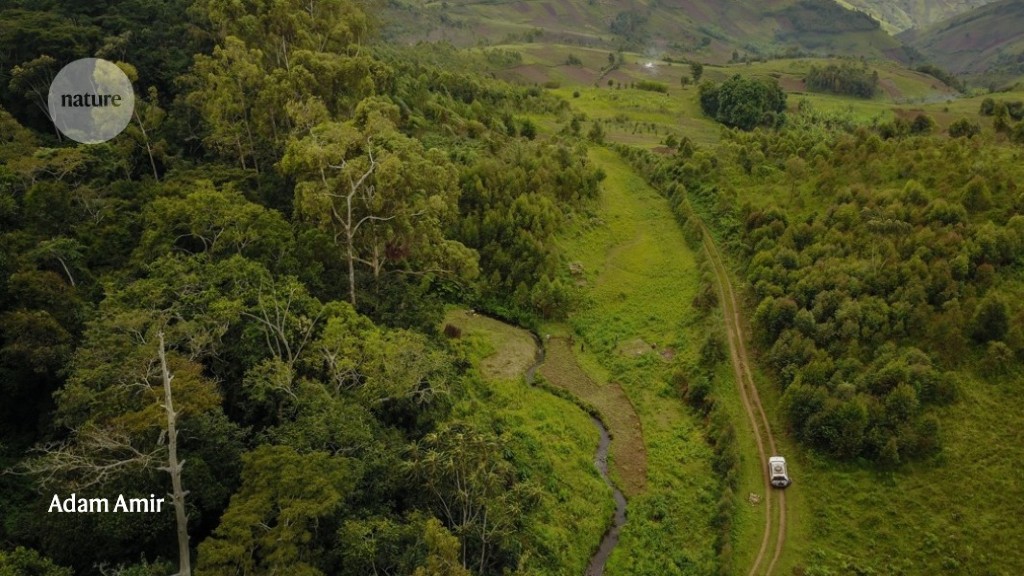 An analysis of six million trees reveals spatial patterns in the vulnerability of Central African rainforests to climate change and human activities. The maps generated could be used to guide targeted actions across national boundaries.

Preserving the biodiversity of rainforests, and limiting the effects of climate change on them, are global challenges that are recognized in international policy agreements and commitments1. The Central African rainforests are the second largest area of continuous rainforest in the world, after the Amazon rainforest. They store more carbon per hectare than does the Amazon and, on average, have a higher density of large trees2 than does any other continent — a feature attributed to the effects of big herbivores, particularly elephants, on the competition between trees for light, water and space3. Human activities, notably logging and over-hunting, facilitated by an expanding road network4, pose a serious threat to Central African rainforests and their value for society5.

How important is climate change, when acting on top of these existing human-generated pressures, for the future of these rainforests? Writing in Nature, Réjou-Méchain et al.6 provide an answer, and show that expected changes in climate in the region pose serious risks to the rainforests. Some forests in locations that have so far been relatively undisturbed by humans are more vulnerable to climate change than are those in areas already affected. For those areas already affected, the lower tree diversity as a consequence of human intervention reduces the capacity of forests to respond to climate change.