Back to Articles | « Previous | Next »
Home » Asian, tropical coastlines most vulnerable to rising seas, study finds 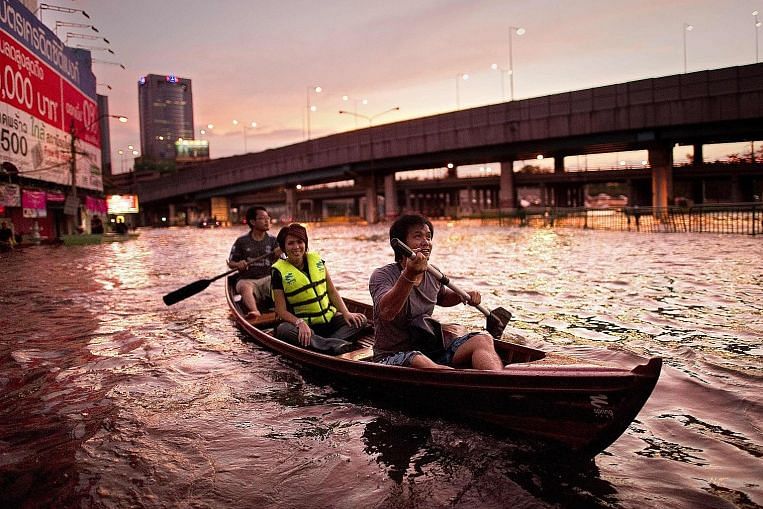 SINGAPORE • Tropical nations will face more coastal inundation from a rise in sea levels due to climate change than other countries, according to new research that also more than doubles the number of people estimated to be impacted.

Using land elevation data gathered by laser pulses beamed by satellite to Earth, scientists identified coastal areas low enough to make them vulnerable to a 1m rise in sea level - a level the world is on track to see by 2100.

The team found that 62 per cent of these low-lying areas were located in the tropics, with a third of the total in Asia, according to the study, which was published on Tuesday in the journal Nature Communications.

Today, those vulnerable lands - at elevations that are less than 2m above sea level - comprise about 1 million sq km and are home to 267 million people, the team found.

As sea levels rise, the total amount of vulnerable land could reach 1.46 million sq km by 2100, an area on which some 410 million people live today.

Already, the global average sea level is rising at more than 3mm per year, accelerating as global warming melts glaciers and polar ice and expands the oceans.

The tropics, with a large number of low-lying river deltas and strong tropical storms, are particularly vulnerable.

For some Asian regions, the sea level rise is being exacerbated by land subsidence, as major cities including Jakarta and Bangkok pull water up from underground aquifers.

Forest loss can also make it harder for land to absorb rainfall.

Higher water levels will likely lead to more damage and disruption from flooding and storm surges.