Back to Articles | « Previous | Next »
Home » At Vatican, Kerry appeals to pope’s ‘moral authority’ to combat climate change 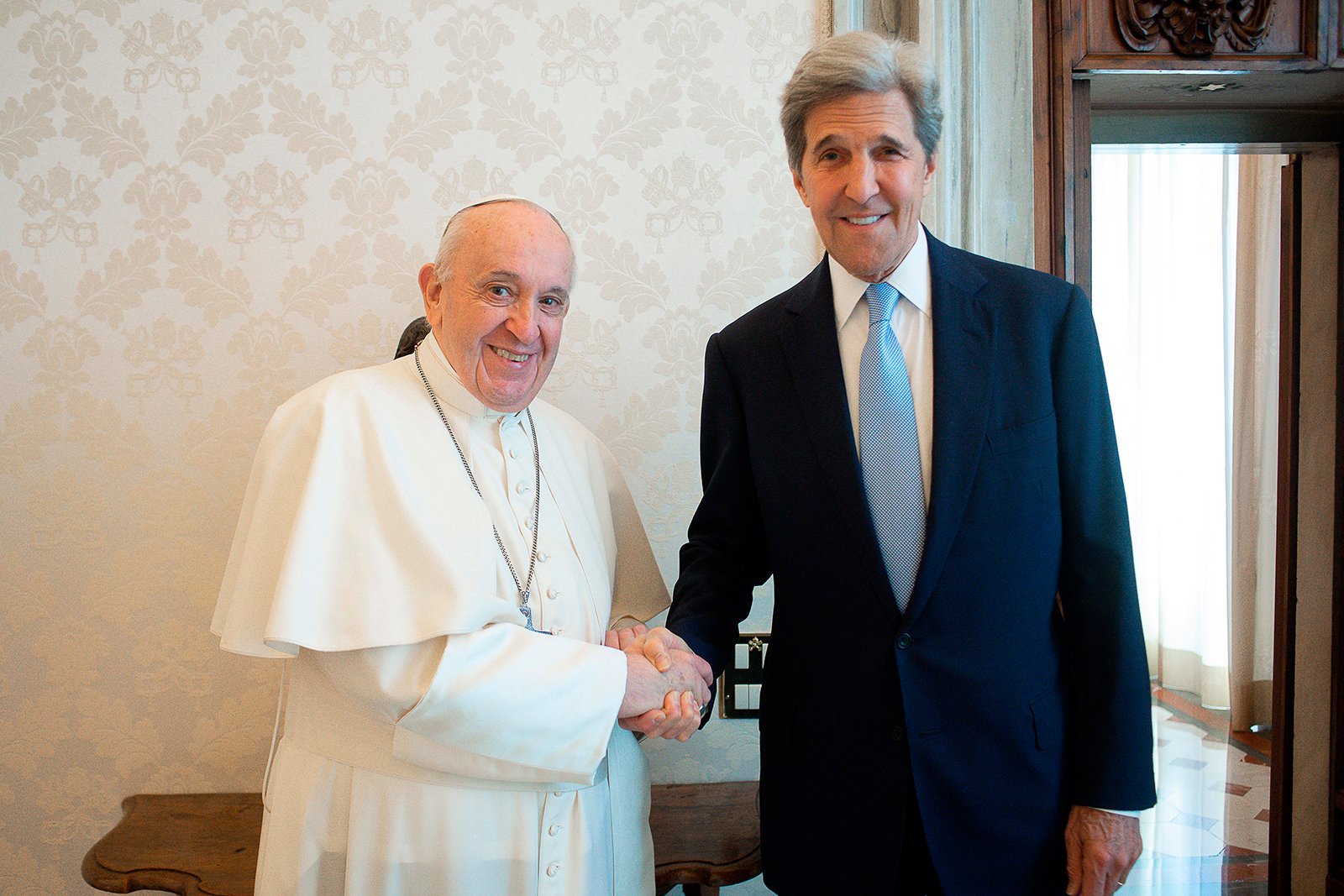 President Joe Biden's special envoy for climate issues praised the pontiff for his leadership and advocacy for the environment, noting Francis has ‘been ahead of the curve’ when it comes to pressing the importance of caring for creation.

VATICAN CITY (RNS) — Pope Francis met with John Kerry, the U.S. special presidential envoy for climate, in a private meeting at the Vatican on Saturday (May 15). Kerry praised the pontiff for his leadership and advocacy for the environment, calling him “one of the most powerful voices on the planet.”

Francis has “been ahead of the curve” when it comes to pressing the importance of caring for creation, Kerry told Vatican News in an interview after the meeting.

“The pope is one of the great voices of reason and compelling moral authority on the subject of the climate crisis,” he added.

The Vatican issued no details about the meeting but shared photographs and footage of the encounter. Kerry had already met the pontiff twice, in 2014 and 2016, while serving as secretary of state under President Barack Obama.

Kerry stopped at the Vatican during a European trip, in which he has spoken to political leaders in Rome, London and Berlin to promote greater cooperation in combating climate change. The trip is in preparation for the 26th Conference on Climate Change, also known as COP26, which will take place in November in Glasgow, Scotland.

Pope Francis’ voice, Kerry said, “will be a very important voice leading up to and through the Glasgow conference.” According to the presidential envoy, Pope Francis plans to attend the summit of world leaders in the United Kingdom.