Back to Articles | « Previous | Next »
Home » BlackRock must commit to Indigenous rights ? not just climate change (commentary) 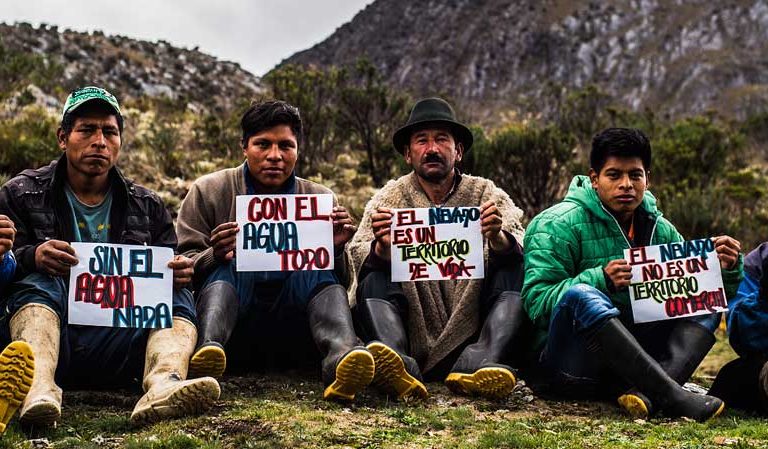 I’ve lost count of the number of times, working as a journalist across Latin America, that I’ve met, spoken to, or heard from or about Indigenous peoples and other local communities struggling in some way with a company in which the world’s largest asset manager, BlackRock, was an investor.

The Secoya, Kichwa and Matsés in Peru; the Siona and U’wa in Colombia; the Cofán and Waorani in Ecuador; and the Maya Mams and Maya Sipacapenses in the highlands of western Guatemala. . . It’s almost always the same: either desperately trying to keep some oil, gas or gold mining company or other out of their territories, or forced to deal with the appalling consequences of ongoing or even long-ago terminated operations.

Not that any of those Indigenous peoples seemed to be obviously aware that BlackRock, based in New York, was connected in any way to the problems facing them. Some years back, when I tried to explain the asset manager to a Machiguenga man whose tiny village in the remote southeast Peruvian Amazon had been caught up in a massive gas development, known as, the “Camisea project,” he said, “You mean, it’s like a bank?”

For some slightly absurd reason, I found myself translating BlackRock’s name into Spanish, as if that would make what I was trying to express more comprehensible. “It’d be something like ‘Piedra Negra,’” I said. The Machiguenga man looked at me nonplussed. Put like that, the asset manager sounded even more unaccountable, mysterious and ominously powerful.