Back to Articles | « Previous | Next »
Home » Can meatless meat help combat climate change? 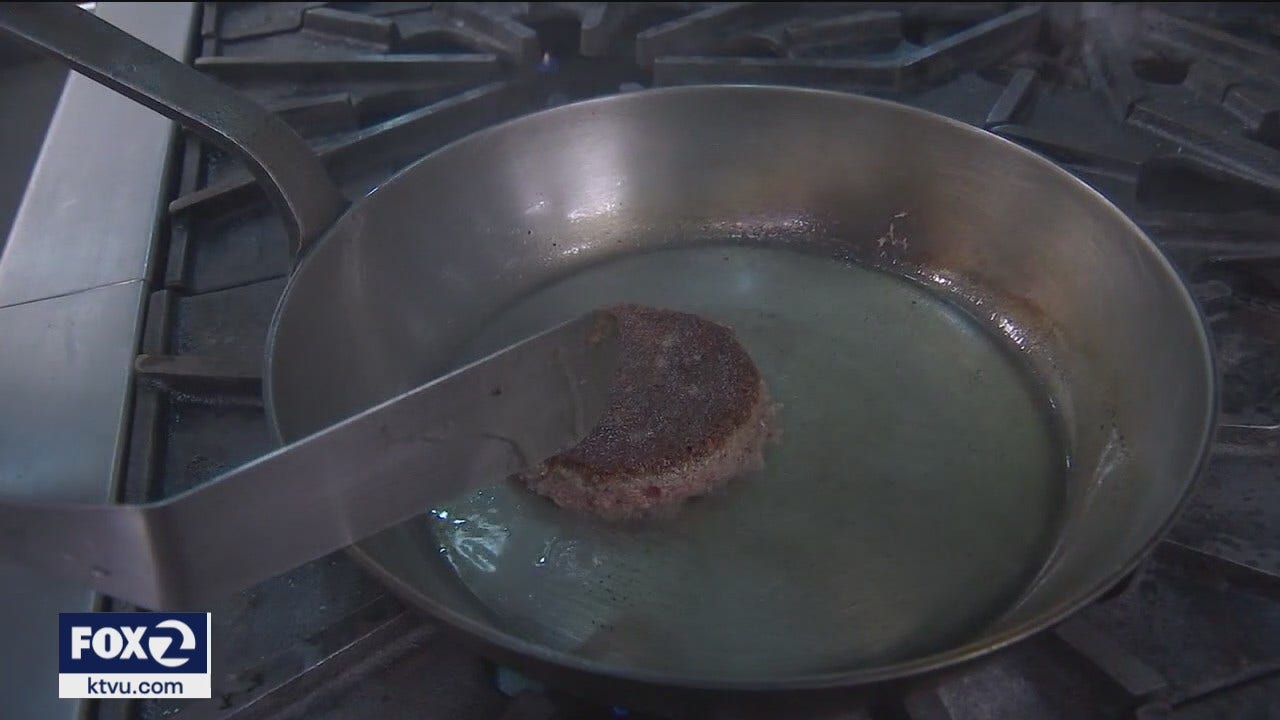 OAKLAND, Calif. - When we think of global warming and climate change, we most often think of vehicle exhaust, factory fumes, smoke and the rest of the world burning anything and everything to warm people and catch up with wold wide manufacturing and economics.

Make no mistake, the overwhelming majority of humans eat meat. They like its texture, appearance, fat, aroma and, most of all, the taste.

But, UN scientists calculate that livestock accounts for about 15 percent of annual human-caused greenhouse gas emissions, two-thirds of that coming from producing meat and milk.

"Forty-five percent of the non-frozen landmass is actually used to raise those cattle," said biochemist John York, who is the chief scientist at Redwood City/Oakland-based Impossible Foods, arguably the world leader in plant-based meatless meat production. "We use science and our understanding of the processes of why humans like meat. and then use everything from plants to reconstruct the chemistry and using science to make a product that tastes just like meat."