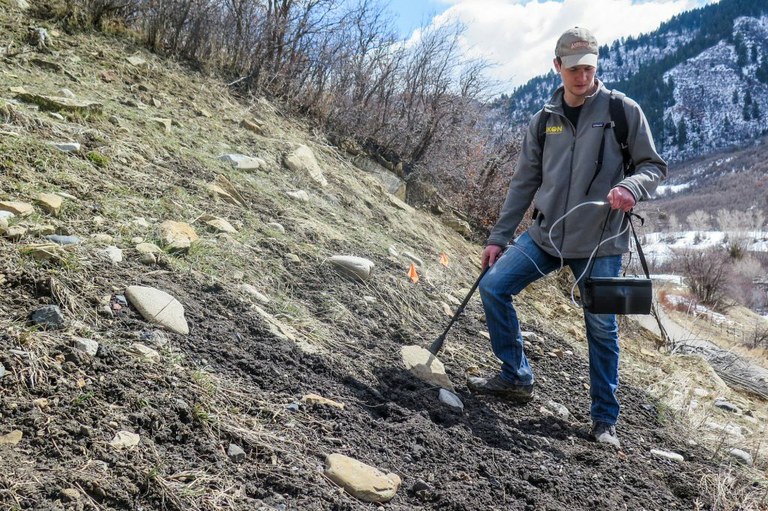 As coal mines continue to close, there’s a use for the greenhouse gas that continues seeping from operations.

The Elk Creek mine above the town of Somerset may have closed years ago, but methane gas still silently seeps out of its collapsed walls and into the atmosphere.

Tom Vessels, a former gas executive turned entrepreneur, is on a mission to eliminate that gas from closed or abandoned mines and prove doing so can slow down global warming.

For the last nine years, Vessels has captured the mine’s methane and used it to generate electricity for residents in the surrounding valleys. This has removed 250 billion cubic feet of methane annually — equivalent to taking more than half a million cars off the road for a year, according to a February report from Aspen Skiing Company, the project’s backer.

“The more I learned about the methane’s impact on the environment, well the more excited I got,” Vessels said. “I can see what we’re doing is having a real benefit. I just wish we could do it faster.”

“I can see what we’re doing is having a real benefit. I just wish we could do it faster.”
Despite his proof of concept, Vessels is still the only one capturing methane from non-operational coal mines in Colorado, according to the Colorado Department of Natural Resources. The Elk Creek project is one of only four similar projects operating in other states, U.S. Environmental Protection Agency data show.

“You can have all the potential in the world, but if you don’t have a market, you won’t have any development,” he said.

Methane has 28 times more warming potential than carbon dioxide. Coal mining is responsible for about 7% of all U.S. methane emissions, according to the EPA, and research shows the amount of methane leaking from abandoned coal mines will grow as more mines close.