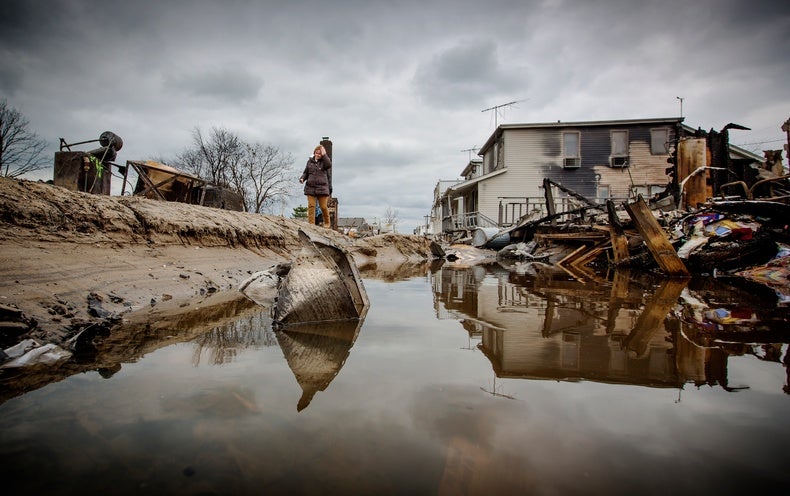 As Hurricane Sandy bore down on the New York City area in 2012, its storm surge swamped lower Manhattan, unmoored a roller coaster on the Jersey Shore, submerged runways at LaGuardia Airport and pushed the toxic waters of Brooklyn’s Gowanus Canal into nearby basements. All told, the storm’s floodwaters did more than $60 billion in property damage in New York State, New Jersey and Connecticut. Though scientists have long known global warming is exacerbating such events by raising sea levels, a new study has now calculated just how much of Sandy’s bill can be charged to climate change: about $8 billion

The paper, published on Tuesday in Nature Communications, developed a modeling method that can be used to determine how much climate change adds to the cost of any coastal storm or other flooding event—past or present. “It’s putting the climate change price sticker on the event where it hasn’t been visible,” says lead author Benjamin Strauss, CEO and chief scientist of Climate Central, a nonprofit research and news organization.

Such research is part of a growing field called attribution science, which uses observations and models to compare our current world with a hypothetical one where climate change has not been happening. This comparison shows how rising temperatures have affected the likelihood and severity of a variety of extreme weather events, from heat waves to floods. Attribution science reveals how climate change is loading the dice, increasing the odds that events will overwhelm our capacity to cope and turn into severe disasters. The new study takes the science a step further, providing a more concrete sense of how much of the damage from such disasters is because of the changing climate—and the price associated with it.