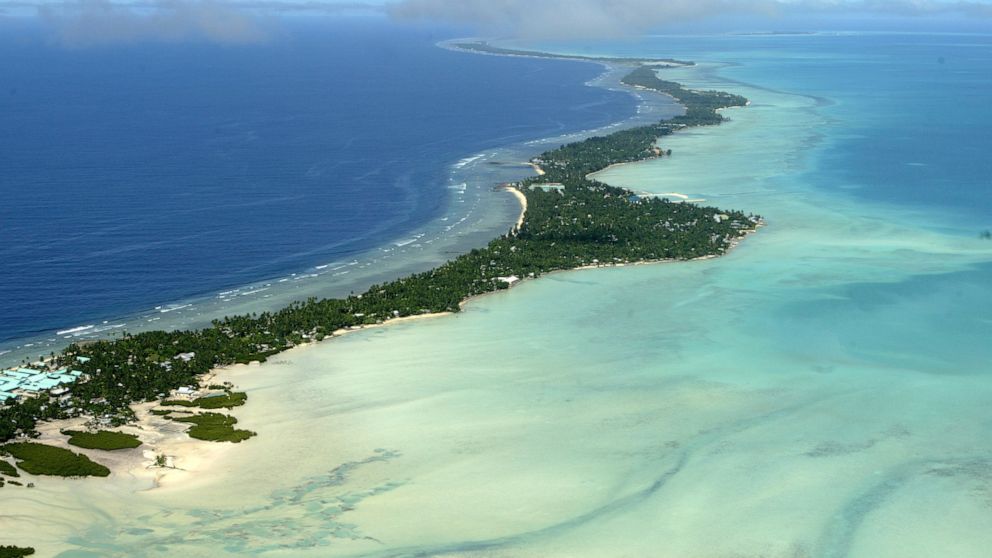 SAN DIEGO -- Ioane Teitiota and his wife fought for years to stay in New Zealand as refugees, arguing that rising sea levels caused by climate change threaten the very existence of the tiny Pacific island nation they fled, one of the lowest-lying countries on Earth.

While New Zealand's courts didn't dispute high tides pose a risk to Kiribati, about halfway between Hawaii and Australia, laws dealing with refugees didn't address the danger so the government deported them.

No nation offers asylum or other legal protections to people displaced specifically because of climate change. President Joe Biden’s administration is studying the idea, and climate migration is expected to be discussed at his first climate summit, held virtually Thursday and Friday.

The day the summit starts, Democratic Sen. Edward Markey of Massachusetts plans to reintroduce legislation to address the lack of protections for those who don’t fit the narrow definition of “refugees” under international law. It failed in 2019.

“We have a greater chance now than ever before to get this done,” Markey said in a statement to The Associated Press, citing Biden’s climate diplomacy and greater awareness of the problem.

The idea still faces monumental challenges, including how to define a climate refugee when natural disasters, drought and violence are often intertwined in regions people are fleeing, such as Central America.

If the U.S. defined a climate refugee, it could mark a major shift in global refugee policy.