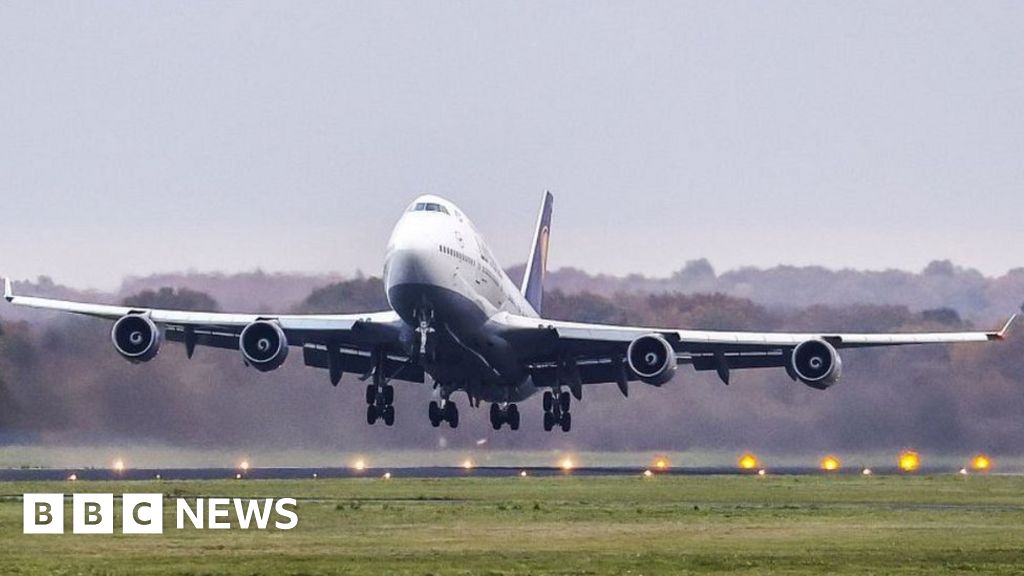 EU Commission Vice-President Frans Timmermans said "I support taxing kerosene like other fuels" and "nobody has to fly 10 or 12 times a year".

He did not, however, back German Green Party leader Annalena Baerbock's call for a ban on short-haul flights.
The Greens' popularity has soared ahead of a September general election.

In Germany, as in many other countries, jet fuel based on kerosene is exempt from energy taxes.

Ms Baerbock is the Greens' candidate to replace Angela Merkel of the centre-right Christian Democrats (CDU) as chancellor. Mrs Merkel, now in her fourth term, became Germany's first woman chancellor in 2005, and is not running again.

Opinion polls suggest the Greens have drawn level with the CDU, on just under 25%. If they keep up that momentum, the Greens could lead the next governing coalition, with Ms Baerbock becoming chancellor. The CDU's junior partner in government, the centre-left Social Democrat Party (SPD), is on about 15%.

"A family travelling by train should pay less for a train ticket than for short-haul flights. Short-haul flights should no longer exist in the longer run," Ms Baerbock told the Bild am Sonntag newspaper.

She said that a Greens-led government would make budget flights - such as those to Majorca costing just €29 (£25; $35) - a thing of the past. "Climate-friendly taxation of flights would stop such dumping prices," she said.