Back to Articles | « Previous | Next »
Home » Climate Change Has Central Americans Fleeing to the U.S.

Climate Change Has Central Americans Fleeing to the U.S. 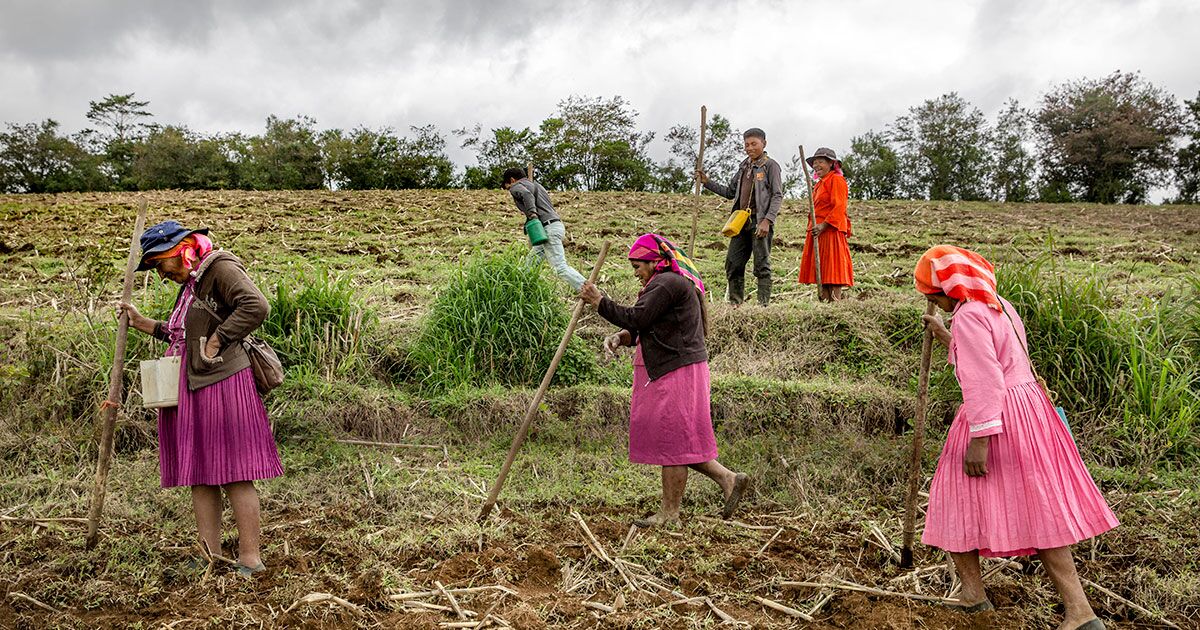 Climate Change Has Central Americans Fleeing to the U.S.

Close to one-third of the population of the Northern Triangle is experiencing crisis levels of food insecurity.

José Mario Antonio Milla can remember a time when he could count on the rain. In La Laguna, a hamlet of about 60 families in western Honduras, showers used to start at the end of April and continue through November, ensuring a healthy harvest of corn to feed his family. In good years, he sometimes had a small amount left over to sell. Now it’s already June, and not a drop has fallen on his 2 acres or so of land, he says. Forecasters predict a shorter rainy season this year, which has the 52-year-old farmer wondering if his six-person household will have enough to eat.

Families in La Laguna used to produce as much as 8 tons of corn a year but now have to settle for about a third of that, Milla says. “That was in the old days, 15 or 20 years ago. No one harvests those quantities anymore.” Several of his neighbors and relatives have quit trying to wring a living off the land and have moved to the cities, while others hired coyotes to smuggle them into the U.S.
Two of Milla’s sisters are living in Pennsylvania, and a brother has hopped around several states. Says Milla: “When things get bad, people leave. But the coyotes often deceive them, and then they’re right back here again.”

The so-called Northern Triangle is plagued by chronic violence, corrupt governments, and a lack of economic opportunities—factors that send a more than 300,000 thousand El Salvadorans, Guatemalans, and Hondurans fleeing their countries each year, according to estimates by academics at the University of Texas at Austin. Farmers, who in some of these nations make up as much as 30% of the population, are battling another menace: extreme weather.