Back to Articles | « Previous | Next »
Home » Climate change protesters in Vancouver block intersection, call for end to old-growth logging 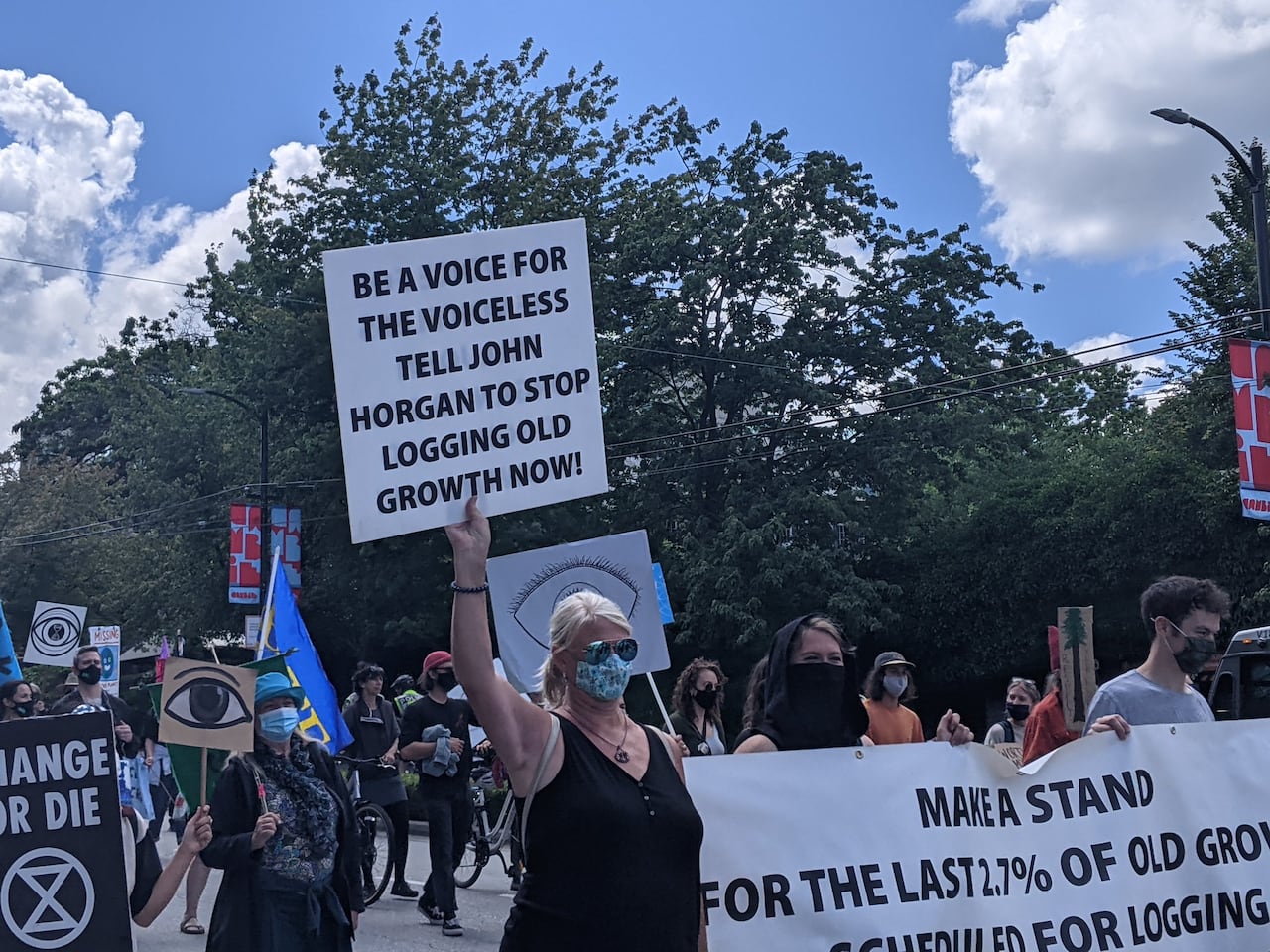 Extinction Rebellion demonstrators occupied Broadway at Cambie for about 3 hours

About 60 protesters from the climate activist group Extinction Rebellion marched from Vancouver's City Hall on Saturday to the intersection of Broadway and Cambie where they called for an end to all old-growth logging in the province.

It's the latest show of support for activists on southern Vancouver Island who continue to defy a court injunction that makes it illegal to block logging activities at forested sites between Port Renfrew and Cowichan Lake.

Extinction Rebellion, which is known for large-scale demonstrations around the world against what it calls government inaction on climate change, says it also wants a commitment to net zero carbon emissions in the province by 2025.

"The government has broken the social contract by failing to protect the country, because we're in a climate and ecological emergency, " said Zain Haq, an organizer with Extinction Rebellion. "Even a four-year-old child realizes that it is completely ridiculous to cut down a 1,000 year-old tree."

Protestors arrived at the intersection after 12 p.m. on Saturday. Vancouver police said the intersection was back open by around 3:30 p.m. Const. Tania Visitin said in an email that there were no arrests and no issues with the protest.

On Wednesday, Premier John Horgan agreed to a request from the Huu-ay-aht, Ditidaht and Pacheedaht First Nations to defer logging in Fairy Creek watershed near Port Renfrew as well as the central Walbran Valley area to the west.

Deferrals in the two areas involves about 2,000 hectares of old-growth forest.