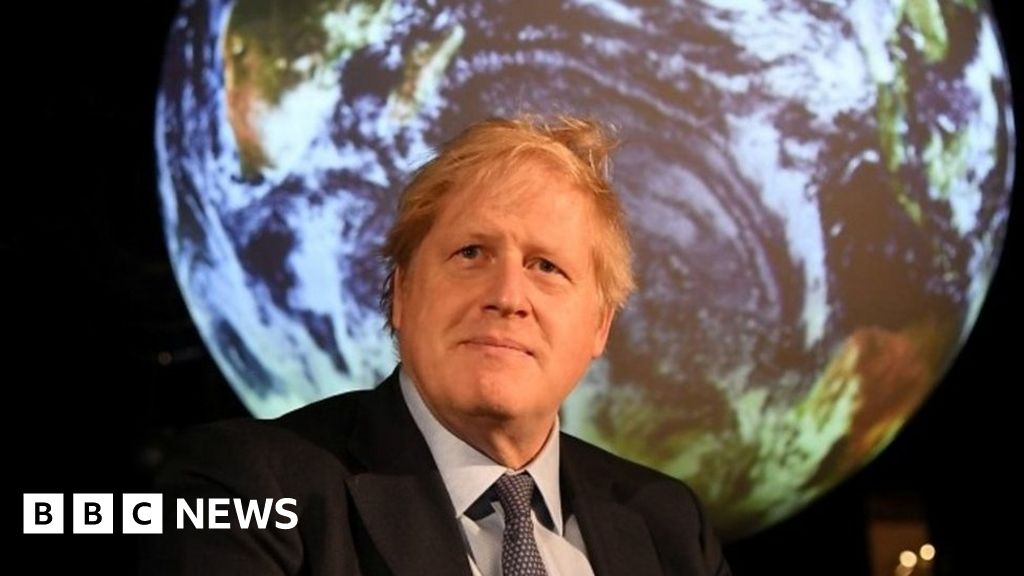 Can we trust the silver bullet of technology to fix climate change? The prime minister seems to think so.

In a speech due soon, he is expected to pledge his faith in offshore wind power, solar, carbon capture, hydrogen, clean cars, and zero-emission aviation.

Clean technologies are clearly a huge part of any solution.
But the PM is being accused of techno-optimism bias, because he does not mention other key factors in reducing emissions.
In fact, experts say, tackling climate change will need action right across society and the economy - with a host of new incentives, laws, rules, bans, appliance standards, taxes and institutional innovations.

They also warn that citizens’ behaviour must shift, with people probably driving and flying less, and eating less meat and dairy produce.

In other words, when it comes to cutting carbon emissions, there’s no silver bullet – it’s more like silver buckshot.
But Boris Johnson still seems to have a bandolero stuffed with technologies resembling silver bullets. Let’s see whether they’ll go with a bang.