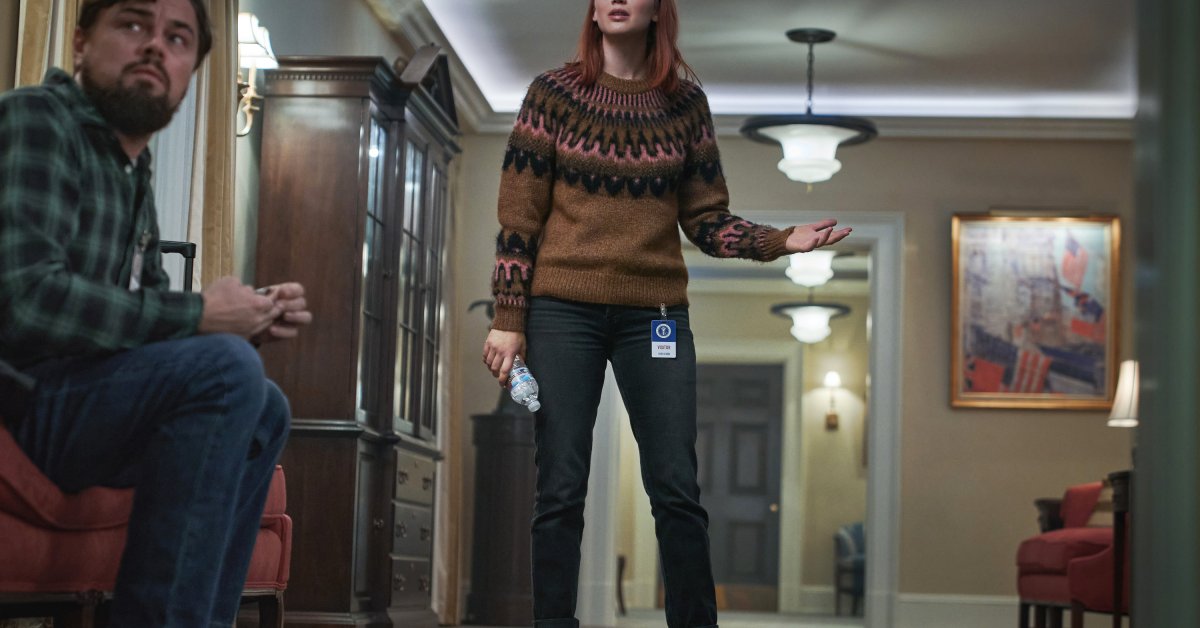 Don't Look Up Is More Than Your Standard Climate Cautionary Tale

If you follow the public conversation around climate change, you have probably heard about Don’t Look Up. The Netflix disaster movie, which stars Leonardo DiCaprio and Jennifer Lawrence as ignored scientists Randall Mindy and Kate Dibiasky, uses an impending comet strike as a cautionary tale for climate change. When the scientists deliver news of the potentially civilization-ending comet, leaders in government, media and business fail to meet the moment.

For anyone who follows the push to act on climate change, it all sounds very familiar. But what I found interesting about Don’t Look Up was less the big picture allegory—using a comet as a metaphor for climate isn’t exactly subtle—but the myriad ways the film highlighted the frustrations, debates and controversies that have defined very real discussions around climate change in recent years. It leaves the reader with a looming sense of dread and offers some pointed takes along the way. (Beware: there are spoilers ahead).

One of dynamics the movie hits hardest is in its absolute skewering of the mainstream media’s approach to covering climate change, which for years has been a frustration of climate activists and scientists. In the movie, the New York Herald—a stand-in for the New York Times down to the font in its logo—is well intentioned and set on breaking the news of the impending disaster. But, when the story turns out to be a web traffic snooze and the White House denies some of the story’s particulars, the Herald abandons it.

Worse still is the portrayal of The Daily Rip, a morning show that appears to channel Morning Joe, again relying on a similar logo. The hosts, played by Cate Blanchett and Tyler Perry, are vapid and uninterested. After the scientists are advised to keep it light during their appearance on the show, Lawrence declares on camera that “no one said the end of the world is supposed to be fun.

Don’t Look Up is more than just a big-picture allegory. It makes important observations about humanity's inability to deal with climate change