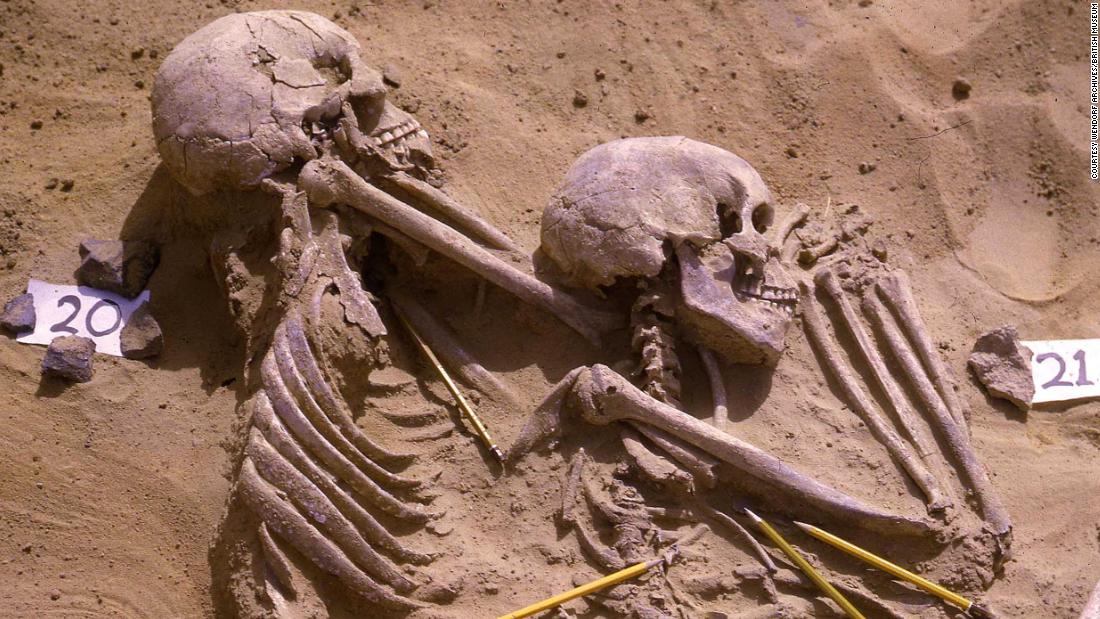 (CNN)The 61 human skeletons unearthed in the Nile Valley in the 1960s in what is now Sudan have long been regarded as the earliest evidence of organized warfare between humans.

The remains uncovered at Jebel Sahaba, which are more than 13,000 years old, show injuries sustained as a result of brutal and intense violence -- mainly puncture wounds from weapons such as spears and arrows.

However, a new study published in the journal Scientific Reports that reexamined the remains using the latest scientific methods suggests that the group were not killed in a one-off massacre as previously thought. More likely they were killed during sporadic and recurrent violence that took place over several years and was probably triggered by major climatic and environmental changes during the period.

The researchers from France and the United Kingdom found healed injuries on the skeletons that hadn't been documented in previous studies on the remains -- suggesting there were multiple raids, ambushes and skirmishes within these people's lifetimes.

Everybody in what would have been a community of hunters, fishers and gatherers was a target for violence, with men, women and children affected in an indiscriminate manner, said Isabelle Crevecoeur, a researcher at the French National Centre for Scientific Research (CNRS) and the University of Bordeaux.