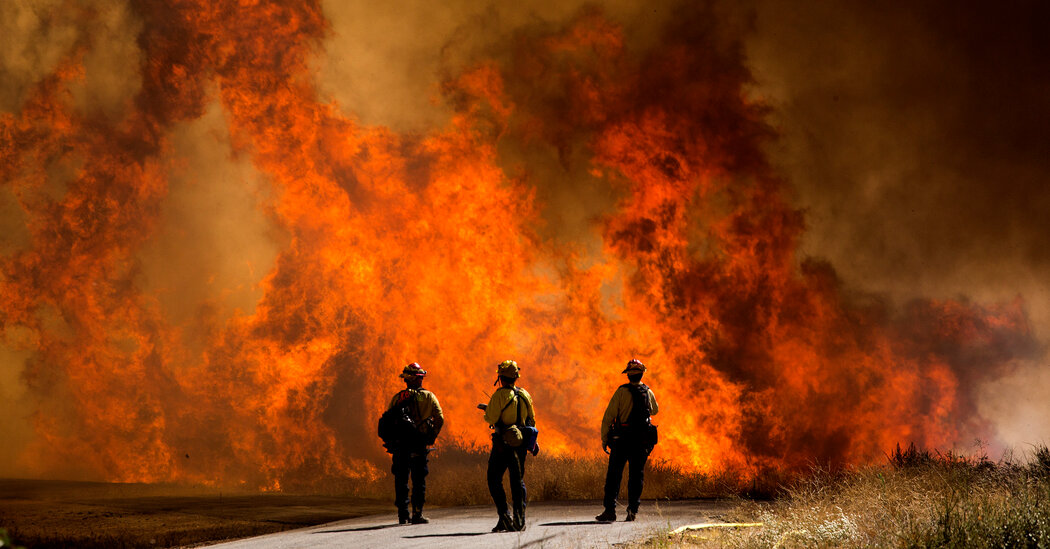 Twin emergencies on two coasts this week — Hurricane Isaias and the Apple Fire — offer a preview of life in a warming world and the steady danger of overlapping disasters.

A low-grade hurricane that is slowly scraping along the East Coast. A wildfire in California that has led to evacuation orders for 8,000 people. And in both places, as well as everywhere between, a pandemic that keeps worsening.

The daily morning briefing from the Federal Emergency Management Agency, usually a dry document full of acronyms and statistics, has begun to resemble the setup for a disaster movie. But rather than a freak occurrence, experts say that the pair of hazards bracketing the country this week offers a preview of life under climate change: a relentless grind of overlapping disasters, major or minor.

The coronavirus pandemic has further exposed flaws in the nation’s defenses, including weak construction standards in vulnerable areas, underfunded government agencies, and racial and income disparities that put some communities at greater risk. Experts argue that the country must fundamentally rethink how it prepares for similar disasters as the effects of global warming accelerate.
“State and local governments already stretched with Covid responses must now stretch even further,” said Lisa Anne Hamilton, adaptation program director at the Georgetown Climate Center in Washington. Better planning and preparation are crucial, she added, as the frequency and intensity of disasters increase.