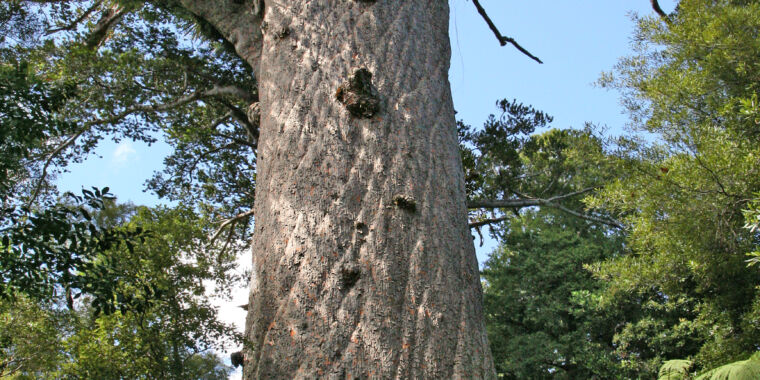 Study suggests that one magnetic event caused everything from extinctions to art.

The Earth's magnetic field helps protect life from energetic particles that would otherwise arrive from space. Mars now lacks a strong magnetic field, and the conditions on its surface are considered so damaging to life that any microbes that might inhabit the planet are thought to be safely beneath the surface. On Earth, the magnetic field ensures that life can flourish on the surface.

Except that's not always true. The Earth's magnetic field varies, with the poles moving and sometimes swapping places and the field sometimes weakening or effectively vanishing. Yet a look at these events has revealed nothing especially interesting—no obvious connections to extinctions, no major ecological upsets.

A paper published yesterday in Science provides an impressively precise dating for a past magnetic field flip by using rings of trees that have been dead for tens of thousands of years. And it shows the flip was associated with changes in climate. But the paper then goes on to attempt to tie the flip to everything from a minor extinction event to the explosion of cave art by our ancestors. In the end, the work is a mix of solid science, provocative hypothesizing, and unconstrained speculation.

Old trees, but how old?

We'll start with the solid science, which all comes back to kauri trees, one of the distinctive species native to New Zealand. These trees are quite large and long-lived, regularly reaching over 1,000 years of age.