The Story Behind TIME’s ‘Climate Is Everything’ Cover 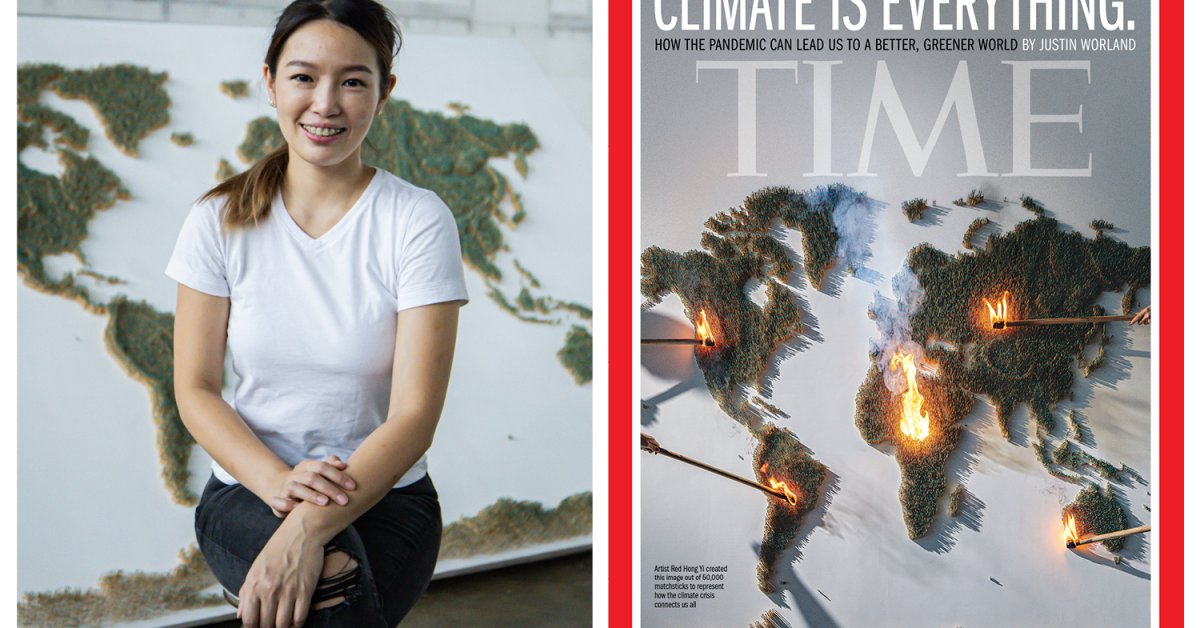 The Story Behind TIME's 'Climate Is Everything' Cover

To illustrate the dramatic effects of climate change on our interconnected world for the April 26 issue of TIME, we turned the cover canvas over to “an artist who paints without a paintbrush.”

Malaysian artist Red Hong Yi spent two weeks creating an image that is part sculpture, part performance art. She and her six-person team constructed a 7.5 x 10-foot world map out of 50,000 green-tipped matchsticks. She then set the artwork on fire—representing how the global climate crisis touches all of us, no matter where we live.

Red designed the dimensions and positions for the matchsticks on a computer, laser cut the holes onto a board and then began the painstaking task of inserting each one by hand. Her team also sprayed layers of fire retardant paint, both on the front and back of the board to make sure the fire didn’t take over the entire piece. The green matchsticks, placed at varying heights for topographic effect, served as a metaphor for trees.

In nearly 100 years of TIME covers, never has a work of art been so drastically transformed in the process.

“I think it was just the race against time and it was fun building that together, but of course we knew it would be burned down,” Red says. “The whole idea behind that was it takes a long time to build something up, but it can be destroyed really quickly, too.”