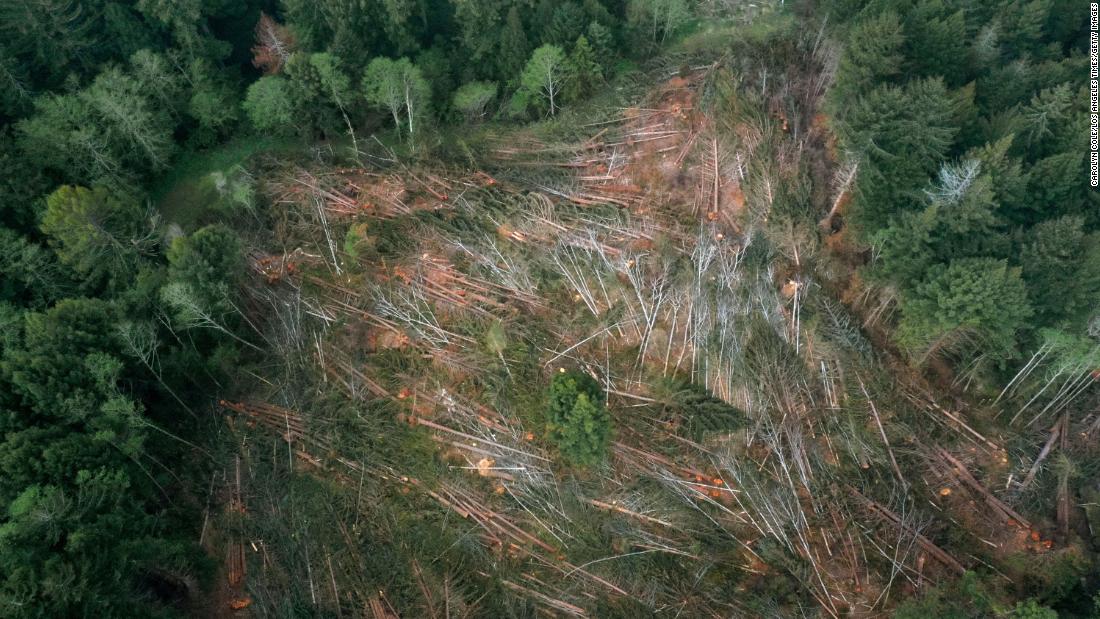 We can't plant or log our way out of climate change

(CNN)CNN published an opinion piece on Feb. 10 with the headline, "Plant trees, sure. But to save the climate, we should also cut them down." This piece omitted some vital facts and science.

While the piece did not call for a broad expansion of logging, I think it's important for readers to understand these facts.
Industrial logging and wood production are major drivers of climate disruption. The US is the world's largest consumer and producer of wood products, according to data from 2015. Due to the intensity of logging, the rate and scale of forest destruction in the Southeastern US is estimated to be four times that of South American rainforests.

When a forest is logged, carbon that would otherwise have been stored in the forest is emitted. Wood does store carbon even after it is chopped down, but much of that is lost into the atmosphere in the manufacturing process, when wood is used as building material, chopped into plywood, or turned into wood pellets; more is lost when wood is burned as fuel. Logging is the largest source of carbon emissions from US forests, according to research published in 2016, with the largest amounts coming from the Southeastern US.

Yet, there is a concerted effort to distract the public from this fact and focus attention instead on planting trees and expanding our consumption of wood as a "natural climate solution."

First of all, planting trees is a poor substitute for protecting existing forests when it comes to solving the climate crisis. Natural forests are best at soaking up carbon from the atmosphere and the older a forest, the more carbon it can absorb and store, if left standing.