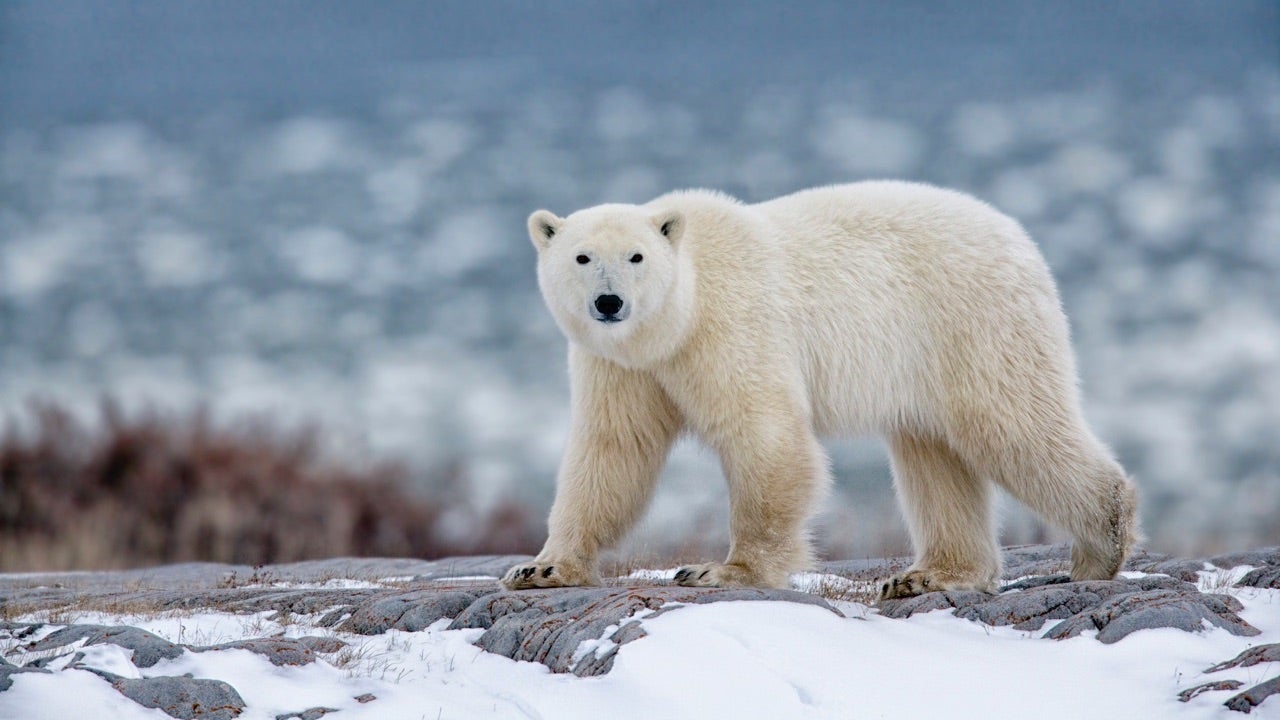 Halloween night in Churchill, Manitoba looks a little bit different from anywhere else.

A helicopter flies over the town, looking for dangerous creatures with a spotlight. Community volunteers and firefighters are posted around the perimeter, doing visual scans of the horizon. Emergency vehicles are scattered around the community, their lights flashing.

Volunteers and conservation officers, armed with “scare” shotguns, patrol the streets. Throughout the night, pops from those shotguns might be heard as the officers try to scare away hungry bears attempting to enter town.

Baited culvert traps [can you briefly say with these traps are? I've never heard of them] filled with seal meat lie in wait on streets, ready to trap any bear that the patrols miss.

While all this is going on, trick-or-treating children bravely make their way from house to house, closely watched by guarding parents. The kids are dressed as knights, superheroes, witches, bats and pirates, among other things. But you won’t see any ghost or skeleton costumes — you don’t want to wear anything that could get you mistaken for a bear.

When you live in the “polar bear capital of the world,” you can never be too careful. A bear could be just around a corner, down an alley, or behind a shrub